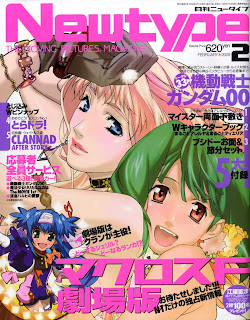 The Newtype Anime Awards, is an anime award realized by Kadokawa Shoten's Monthly Newtype magazine, it was established in 2011 as a response to Tokuma Shoten after disagreements and the following exit of Newtype editors involvements with the Animage's Anime Grand Prix.

Any anime released between October and July of the said year is eligible. And visitors to Newtype's site can vote for 21 different categories, including best anime, best director, and best male and female voice actor. The awards are presented during ceremonies that are held on different japanese cities and on the October issue of the japanese edition of Newtype.